“An estimated 12 million individuals between the ages of 5 and 22 years suffer a sport-related injury annually, which leads to 20 million lost days of school and approximately $33 billion in health care costs.”

Post Surgery: Will I ever be back to normal?

Our YouTube guest this week also had that thought. Will is an active college student, who had shoulder surgery 5 years ago related to accumulated stress from playing hockey.

When we met, he was still bothered by “Charlie-horse” type pain at night, stiffness in the morning, limitations when working out, and pain when doing too much. He also had a hard time activating the correct muscles in his arms when working out.

At the end of session, he commented that his physical therapy never included anything related to what we found that played a role in his body’s continued stress. Those exercises were focused solely on his shoulder.

A month after his Bridging® session

A month later, Will reports that his shoulder and arm are pain-free and feeling good. He doesn’t feel like he has to be so careful with his shoulder even as he’s restarted hockey practice and weight lifting.

In addition, he realized that his workouts feel better because the “mind-muscle” connection he struggled with is now happening. (This was not working due to the injury and surgical disruptions.) He can now feel the activation in the correct muscles!

Take a look to see what else played a role in limiting his recovery. 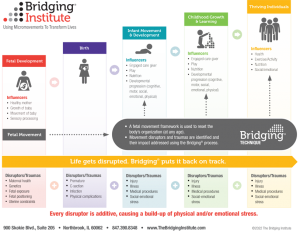 To help understand why an injury is not recovering as expected we look to the past for additional clues. A prior injury often provides insights to how, where, and how long the body has been compensating.

In Will’s case there really wasn’t a specific injury, but instead, a long pattern of repetitive trauma from hockey playing. This, and his age, are the reasons his session results were so quick — no underlying early life compensation patterns!

Curious … did you have surgery and still are still waiting to get back to normal?Here are some past BLOG posts about post-surgical recovery:

Strength and Balance Off? Might Be More Aspects to Your Surgical Recovery!
January 20, 2023

Poor Balance: Was It Age or Hip Replacement?
December 9, 2022
Go to Top