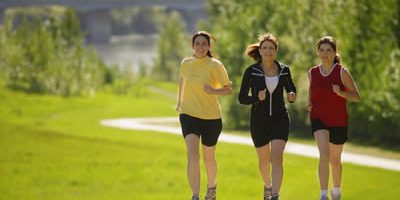 “Feels good to be able to fully breathe in again!” – Runner training for 2021 Chicago marathon

Breathing and the Marathon Training Plan

My friend is training for the Chicago Marathon, not her first, but she has been struggling for her breath after 4-5 miles. Since her training plan calls for a 10-12 long mile run at this stage, it doesn’t bode well for her preparation. She told me she was getting worried.

I noticed over the months since her last marathon two years ago that her posture looked more rounded at the shoulders than normal. Putting this observation and her concerns together, I insisted she stop by for a little Bridging® to help.

What I found was so interesting!

The structural mechanics of how she would breathe were collapsed in toward her diaphragm. This didn’t mean she couldn’t breathe; instead, her body kept folding forward ever so slightly so allow her diaphragm to function and breathe. After 4-6 miles this became so pronounced that it was a struggle to breathe. Her body was doing some serious compensating!

My suspicion about the cause of the new breathing challenge stems from her last marathon. She got quite dehydrated and just felt deflated energy-wise for months after. The dehydration, ascents/descents, and deep fatigue of that marathon were likely enough to throw off her diaphragm function. It was too hard for her body to bounce back from that stress completely. For day-to-day functionality it was fine. For higher levels of exertion, it became a problem. She didn’t notice it last year because there was no marathon to train for during Covid.

I used some Bridging® movements to untwist her diaphragm, and restore appropriate pairing between the chest, shoulder, and core muscles. This allowed her breathing to expand and posture to be more erect. (Drats! I wish I’d taken before/after photos!)

The following week, this was her text to me after an 8 mile run–
“Feels good to be able to fully breathe in again!”

Wondering how Bridging® might help your breathing or posture?

Drop me some background info and I’ll tell you if, and how Bridging® can help.

Does Your Breathing Cause Your Body Stress?
July 23, 2021

Kid’s Behavior Getting on Your Nerves Already?
June 25, 2021

Crazy Question: What If Your Core Never Really Worked the Right Way?
June 18, 2021